How RDP Will Observe Provincial Day of Mourning 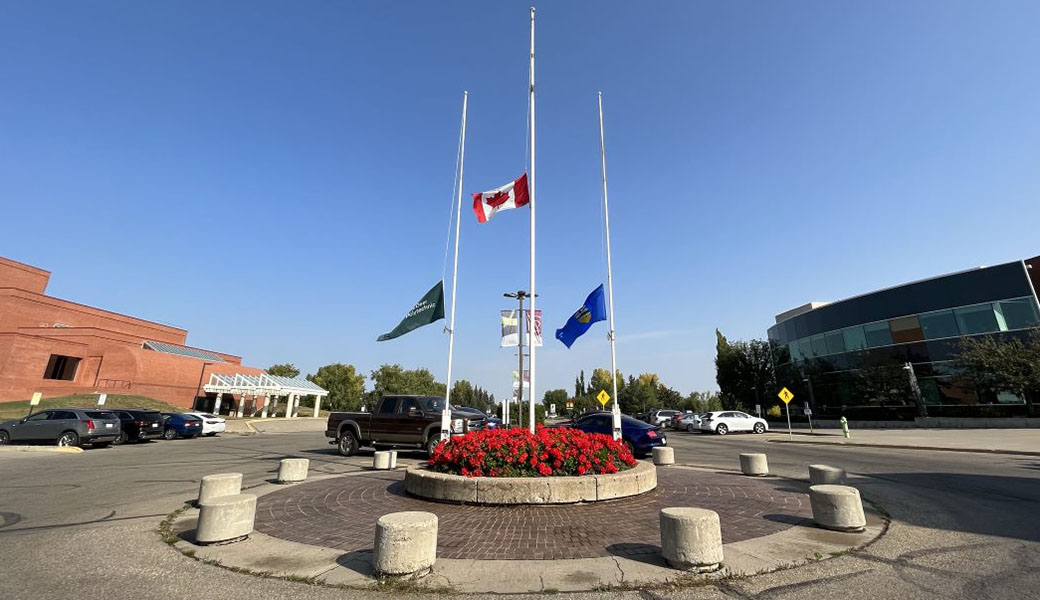 The Government of Alberta has declared Monday, September 19 as a provincial day of mourning. This declaration is in recognition of Her late Majesty Queen Elizabeth II.

Following the province’s guidance, Red Deer Polytechnic will remain open for teaching, learning and typical business operations on Monday, September 19. However, members of the Polytechnic community are encouraged to take time on Monday to observe Her late Majesty’s passing in a way that is fitting for each person.

At RDP, we will observe a moment of silence at 10:00 am. We also welcome faculty, staff and students who may wish to observe the ceremonies in Her Majesty’s honour to do so on Monday. The following ways in which you may choose to observe this day of mourning include:

The Students’ Association invites members of the Polytechnic community to gather in the FarSide as they broadcast funeral and ceremony coverage honouring Her late Majesty throughout the day (open from 8:00 am to 7:00 pm).

To learn more about Her late Majesty Queen Elizabeth II, memorial services, identify how you can share condolences, and additional information, you can visit the Government of Alberta’s memorial webpage.