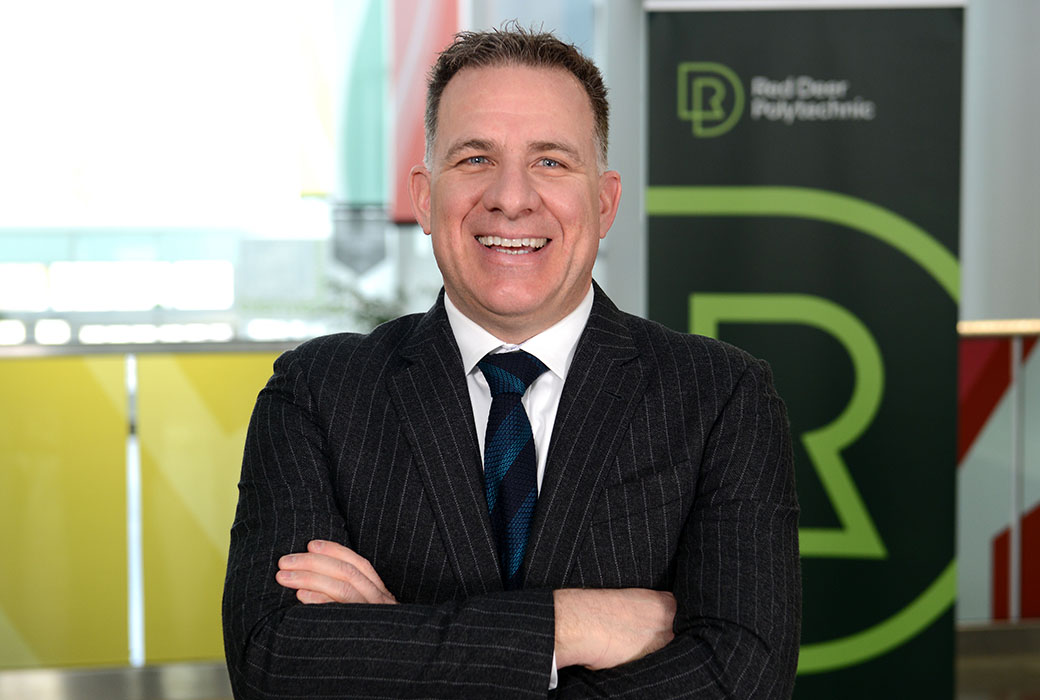 Red Deer Polytechnic’s Board of Governors is pleased to announce that Mr. Stuart Cullum has been appointed as the institution’s 12th President. Stuart Cullum will begin his role starting on August 2, 2022.

With a proven record as a collaborative and innovative post-secondary leader, Cullum was selected by the Board to guide Red Deer Polytechnic on its path forward as a polytechnic institution, serving learners, industry and communities with a growing breadth of credentials and programs that meet central Alberta’s needs.

“We are thrilled to welcome Stuart as our next President,” says Guy Pelletier, Chair of the institution’s Board of Governors. “His enthusiasm and experience will help position Red Deer Polytechnic as a leader in the post-secondary sector and his passion for central Alberta, coupled by his vision for polytechnic education, will serve both our region and our province very well in the years to come.”

Mr. Cullum’s appointment as President comes after the Polytechnic's Board of Governors embarked on an extensive national search and careful consideration of many outstanding candidates during the past months.

With a passion for life-long learning, Mr. Cullum is driven to contribute toward academic excellence and student success. He is pleased to begin his new role in August 2022, leading the institution as it will begin its second full year as a polytechnic institution.

“Red Deer Polytechnic is on an exciting trajectory and is well-positioned to lead in this province,” says Stuart Cullum. “I am excited to join at this critical time and I look forward to working with all of its dedicated employees and students, as well as with industry and community to build upon the great work taking place in Red Deer and central Alberta.”

Stuart Cullum joins Red Deer Polytechnic from Olds College where he has served for six years, from 2016 - 2022, including the past five years as President. Under his leadership, Olds College has achieved a bold vision that has led to unprecedented success on a national scale. This includes a 12 per cent increase in enrolment, more than $23 Million in applied research funding, a doubling of international enrolment and the development of key action plans including the College’s first Indigenous Relationship Building Strategy and Action Plan. He has been instrumental in establishing the Olds College Smart Farm, a leading hub for innovation, training and applied research that has attracted more than 100 partners globally and more than $40 Million in investment.

Prior to Olds College, Cullum served in executive positions at Lethbridge College, Northlands, NAIT, AVAC, and WestLink Innovation Network. As a former teacher, he taught high school in Three Hills, Alberta, prior to pursuing an opportunity to work for the University of Alberta in their Industry Liaison Office, which began his post-secondary career.

Mr. Cullum currently serves as Chair of the Post-Secondary International Network (PIN) and Campus Alberta Central, a joint long-term partnership between Olds College and Red Deer Polytechnic. He has held numerous professional board and advisory appointments across Canada, including with Colleges and Institutes Canada (CICan), Canadian Agri-Food Automation and Intelligence Network (CAAIN) and THRIVE Canada Accelerator.

Stuart Cullum holds a Bachelor of Arts (History) and a Bachelor of Education from the University of Lethbridge, as well as a Master of Business Administration (Technology Transfer Specialization) from the University of Alberta. He is an Accredited Professional Director (ICD.D) and has completed the Executive Program with Singularity University and the Institute for Educational Management Program at Harvard in Boston.

Stuart Cullum was born and raised in central Alberta. He currently lives in rural central Alberta with his partner Carrie. His two adult children attend post-secondary in Alberta, including a son who currently attends Red Deer Polytechnic in the Visual Arts program.